Axis 1 Si and C cycles in the Southern Ocean

The main research on this axis has been developed through two international projects: KEOPS-2 and SAZ.

KEOPS-2 project studies a naturally Fe fertilized phytoplankton bloom in the Southern Ocean (Kerguelen Plateau,). This seasonal bloom is dominated by diatoms, a group of algae that requires silicon to build their glass frustule. Our isotopic approaches of the silicon cycle highlight the importance of summer silicon supply to the mixed layer from below with a silica production regime that can be compared to upwelling ecosystems (Closset et al., 2014). New data from early summer together with previous works on the same region in late summer has allowed us to propose a seasonal budget of the silicon cycle above the Kerguelen Plateau, one of the specific objectives of MuSiCC. This budget includes winter and summer Si nutrient supply from below, bulk and net silica production as well silica export (cf. figure). 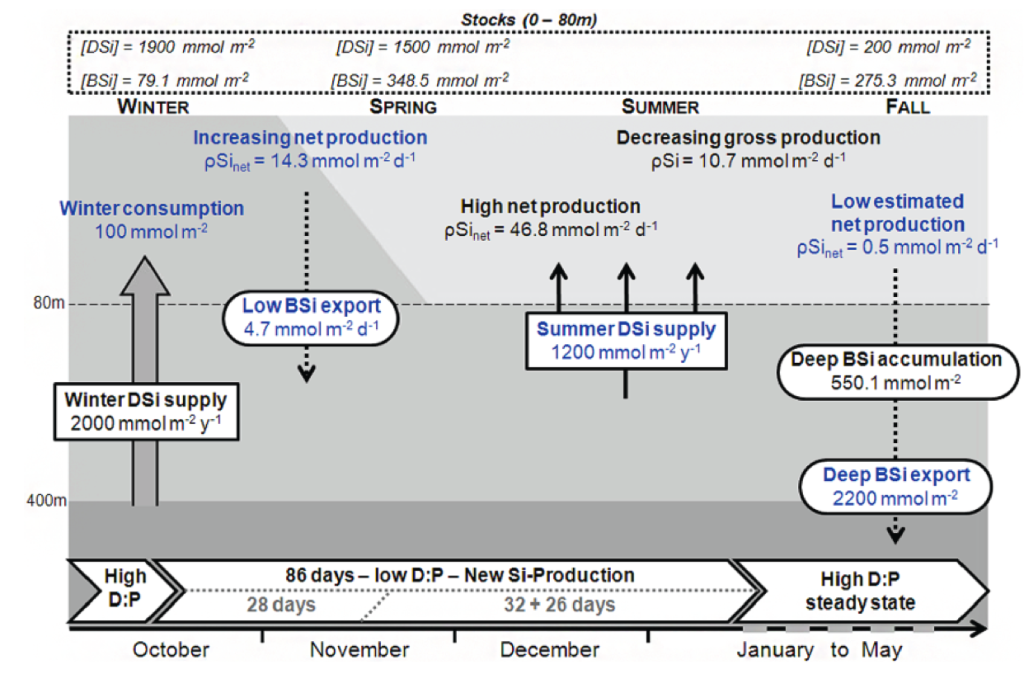 Other main outcomes of this study are: 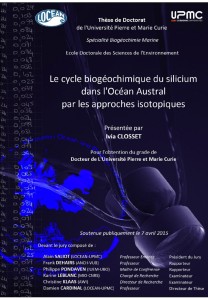 Rigual-Hernández A., T. Trull, S. Bray, I. Closset, L. Armand, 2015. Seasonal dynamics in diatom export fluxes to the deep sea in the Australian sector of the southern Antarctic Zone. Journal of Marine Systems, 142: 62-74.